Process
Member's Area
Recent Press
Invest
Test your prototype
recent press featuring ducky
5 Myth's You've Been Told About Hyper-Casual Hit Games
This article discusses what metrics and at what stage signal that a game can become a hit, and exposes 5 popular misconceptions developers have about this.
Article published on February 15th, 2022 at mobidictum.biz
Ivan Fedyanin explains 5 myths about hyper-casual.
Hyper-casual games are satisfying and addictive games with simple mechanics. According to App Annie's data, this genre is also dominating in the top charts on downloads: they led the charts with 3.5 billion installs in the third quarter of 2021.

Many development teams are working hard to make a game that can be a hit. In other words, a game that will become popular, gain numerous installs and generate significant sums of ad revenue dollars.

Each development team makes mistakes, learns from them, and becomes more experienced. At the same time, hyper-casual game publishers have a bigger perspective and observe common myths that developers arrive at later.

If one self-sufficient development team only tests 10-50 projects in a year, a publisher tests 2,500 games or more while working with different teams.

After running thousands of tests for games like Slice them all, Monsters: PVP Arena, Riding Extreme, and Mud Racing, we have discovered these 5 lies a lot of developers were told about hyper-casual hits.

Myth #1 – Hit is a game with 100M+ installs
The number of installs is undoubtedly a gratifying and significant indicator, but it is far from determining the game as a hit. In hyper-casual games, projects with 100M+ installs are rather exceptions than established industry benchmarks.

On average, there are only 3-5 games released per year that make it to 100M+ downloads in a short period of time. At the same time, a single developer studio consisting of 3-5 people can produce 1-2 hits per year. Obviously, this is not the only metric determining whether a game is a hit.

By contrast, a hit is a project that has reached the scaling stage and shows strong performance. A project must show brilliant metrics during CTR, CPI, and monetization testing stages to get to the scaling stage.

In terms of installs, a potential hit might have about 10,000 daily installs when it reaches the scaling stage, and if it becomes a hit, it might gain from 1M to 10M installs or more in the first three months after scaling starts.

The number of installs isn't a key goal and priority, as it never tells about the success or profitability of the game. But the performance does. Sometimes, even if a game has been downloaded more than 10M times, it doesn't make enough profit to cover its development cost. If this is the case, both the development studio and the publisher suffer losses.

Right now, our mature and young hits have anywhere from 1.7M to 50.4M downloads, and we continue to support them as long as they are profitable.

Myth #2 – A hit game is a game with $10M of profit
Success stories of hits that make $5-10M or more in profits are inspiring. But this is not a good example to look up to. Sufficient numbers start at much lower numbers — the game could be considered a hit long before it earns $10 million, or $5 million, or even $3 million.

First, development studios should be prepared for the situation where even a hit game will not generate revenue from day one. It might take several months and more.

Second, based on our experience, a common reference point is the amount of money the game makes in the first three months. The primary indicator that affects profits is ARPU or average revenue per user. On average, in hyper-casual games, three months ARPU ranges between $0.3 and $0.7.

This calculation is critical for assessing the costs of game development and deciding whether it is worth developing. In the beginning, developers need at least $50,000 to make 20-40 unsuccessful projects and eventually come up with one hit out of them.

As the project grows and time passes its ARPU changes. According to Unity and Adjust Hyper casual gaming 2020 Report analysis, the average Lifetime Value of Hyper Casual Gamers equals $0.13. Nevertheless, this is no reason not to strive for more. The top 25% of games reach $0.23 in ARPU within their lifetime, and the top 10% of games — $0.30.

As the project grows, profits should continue to grow. Reward placement analyses can facilitate the growth and iterations, diving deeper into users' motivations to receive certain items in game, adding new scenarios, characters, trends, and responsiveness to user behavior.

If the unit economics of the project keeps being weak despite all efforts, the game should stop being supported.

Myth #3 – Publisher knows better
Evading too much responsibility and relying on a publisher is a trap. It's good to get experience and take advice, but game developers can't rely 100% on external directions on what a hit is, how to make it, and what team is needed to do this.

This way, the development team risks becoming an "apprentice" who follows step-by-step instructions. This results in the lack of autonomy, which drops chances of creating pre-hit prototypes close to zero.

At the same time, the publisher's advice is based on their experience of testing thousands of prototypes and is definitely worth listening to. The single most advantageous solution to come closer to a hit is a partnership, balanced communication, and synergy between the developer and the publisher.

The one thing that deserves unconditional trust is data. The publisher tests everything the developer does, acquires potential users through different channels, and watches what happens. In addition to providing this data to the developer, one of the publisher's main tasks is to educate the developer to analyze these numbers themselves.

In addition, the publisher analyzes the market: looks at all the projects coming out, explores what works and what doesn't, and shares insights with development teams.

The main purpose of these tests and research is not to confirm that the game will be a hit. The primary goal is to stop developing an unpromising project in time and avoid wasting a developer's time on something that won't work.

Myth #4 – Releasing a hit is a common practice
Having read stories about trouble-free development and hit-making, developers strongly believe that the hit is guaranteed if they work hard on one project. But the reality isn't that simple.

Every month, around 3,000 hyper-casual projects are launched, but only a few of them get to the top. It might take up to 60 projects for a single team to reach a hit. And that's assuming that the composition of this team does not change because this is when the team must work incoherence.

During development, a big mistake is to continue to spend all resources on a project that requires stopping working on it. It's a waste of time. It's important to understand that you're looking for a hit, and if the metrics are bad with one prototype, it's time to move on to the next immediately.

When it comes to the number of months or years to come up with a hit, development timelines depend on how quickly the team can release and test prototypes. For well-formed teams, such a path to make a hit takes development teams from 4 months to a year or more. And not every team manages to do it at all.

A valuable resource for navigating the timing of achieving a hit can be a Cases Page in the blogs of publishers and developers of hyper-casual games. But treat these cases as top examples or best-case scenarios because no one would show unsuccessful projects publicly.

Myth #5 – Each next hit requires fewer efforts
The fact that you once achieved a hit in hyper-casual doesn't guarantee that your next project will repeat your success. After the first achievement, the right thing to do is start working on the following 64 projects to create a new hit.
The profits from the first game might be allocated to further development along with team reinforcement or expanding to managing two or three teams instead of one.
A good lesson that you can learn from previous experiences can come from teamwork analysis. Reflect on what factors contributed to the success and focus on improving your speed to make a better product at the same time.
Even more importantly, one of the essential experiences in making a hit is interacting with people within the team. If at least one person leaves and another takes their place, the team essentially has to go through the learning process repeatedly. Keeping and retaining people in the team should be a key priority.
About the author 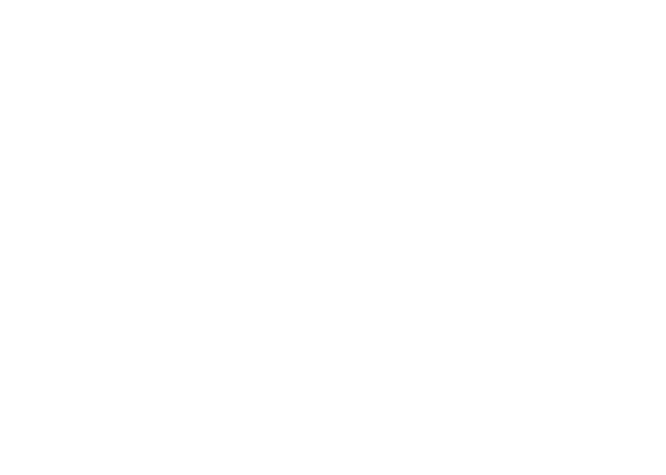 Ivan has spent 19 years in mobile gaming, and together with the co-founder of Ducky Alisher Yakubov, has managed the development and publishing of 30 games, including such top games as American Dad Apocalypse Soon, Bombastic Brothers, and Planet of Heroes.
Back to Recent Press
READY TO PITCH YOUR GAME?
Then hit that button and send us your video prototype! We'll get back to you in 24 hrs with feedback on its performance.